Recently spent a few days in Cambridge area and, of course, took the opportunity to go mistletoe-spotting.  Cambridge is well outside mistletoe’s core range, but there’s a fair bit about if you know where to look – which we did as I took along a print-out of the old 1990s national survey data for the area as guidance. 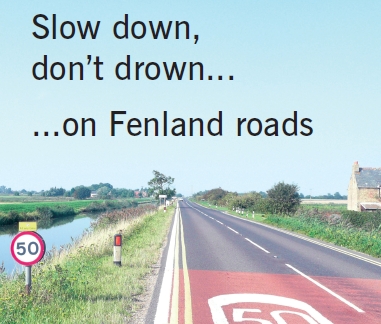 ﻿At this time of year mistletoe-spotting is easy – you just drive around and look for it in the leafless trees, and if you’ve got a load of gridrefs and locations to check out it’s even easier.  BUT don’t try this alone – you really have to have a willing sidekick (mine’s called Caroline) to navigate/look for the mistletoe, or to drive whilst you navigate/look out of the window – otherwise you do tend to go off the road (they have an interesting line in roadside safety around here – “slow down, don’t drown” – because of the many large fenland drains alongside roads).

According to that 1990s dataset there’s an odd pocket of mistletoe just to the north of the city – centred on the village of Cottenham (it’s a little bit drier up here in the Cottenham area – reaching a giddy 10+m in places – so there’s a reduced chance of drowning whilst exclaiming “look at the mistletoe over there!”).

Why is it there?  Well, according to the old (1970s vintage) OS map we had with us there are, or were, quite a few orchards around those villages, so maybe it was associated with the apple trees in those.  Was it perhaps introduced as a Christmas crop?  Probably. I doubt it got here by itself.  But there’s another pocket of mistletoe in Cambridge city – quite a well-known population actually, centred on the University Botanic Garden (see below), so maybe this northern population came from there?  (Or maybe it was the other way round?  Or maybe there were several independent origins?  Actually we just don’t know… but speculating is fun…).

Whatever the origin we soon found several locations in the Cottenham, Rampton and Waterbeach/Landbeach areas – some associated with apple trees and orchards (though most of these had vanished) but a few in gardens and on limes (esp in Cottenham centre).  The apparent losses, since the 1990s, were interesting – though we found some new sites too – an old orchard with mistletoe at Rampton wasn’t in the 1990s dataset at all. 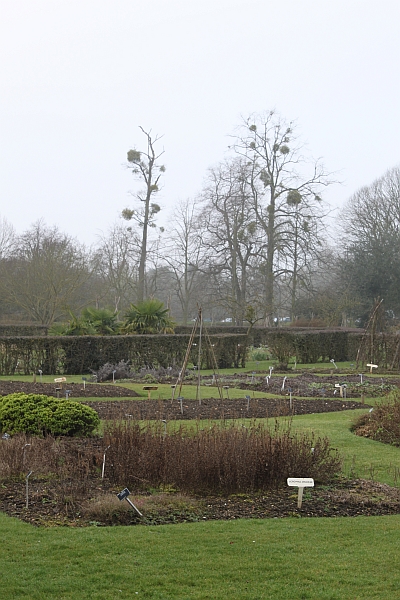 A couple of days later I spent a few hours at the Botanic Garden, meeting up (at v short notice, so many thanks to them) with Tim Upson (Curator & Deputy Director)and Mark Crouch (Arborist), discussing their mistletoe population, its (unknown) origins, and its recent spread to other trees and shrubs.  It seems to be on the increase locally – though there’s no obvious mechanism.

There’s clearly good potential for a University of Cambridge mistletoe project in all this – why is it in the area, how long has it been here, and what is it doing next…  Not to mention all the potential to look at the specialist mistletoe insects, in a mistletoe population fairly isolated from the main mistletoe centres.