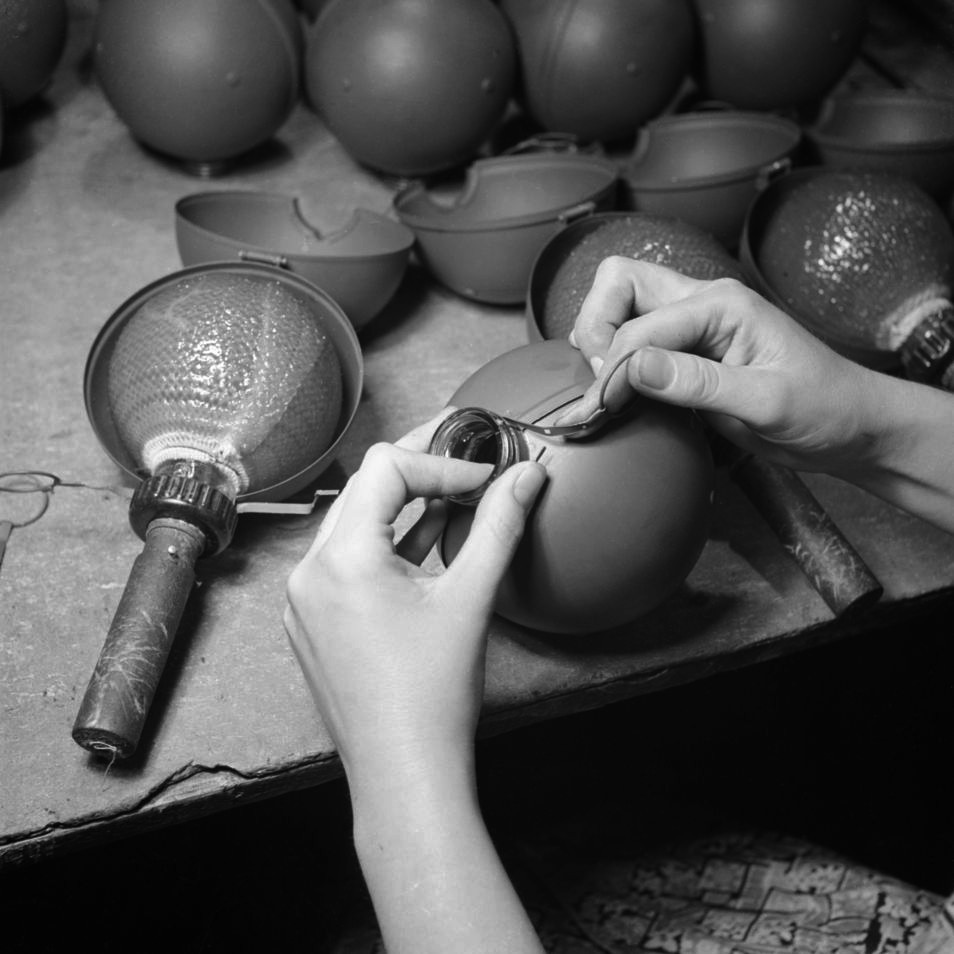 The sticky mistletoe uses I mentioned last week – catching birds with mistletoe glue  – seem tame compared with some of the other activities associated with Birdlime. Again, whether it really was ever made from mistletoe may be debatable – but there are certainly strong traditions. You can even buy modern versions of it, and though I doubt there’s much mistletoe in them, the name does stick (no pun intended).

Here, for example is Nuovo Vischio Marrone, a tube of glue from Italy.  The name translates as New Brown Mistletoe Glue, and is sometimes simply translated as ‘Birdlime’. It seems to be merely an everyday glue for card and paper, nothing like the sticky trapping birdlime it derives from.

Such ‘artificial’ birdlime, unrelated to the original, is quite a well-established concept.  One noted British manufacturer in the mid 20th century was a firm called Kay Brothers, based in Stockport, who produced a wide range of domestic chemicals including hand-cleaners, grease removers and metal polishes.  They made a version of birdlime in a tin, branded simply with their trademark K.

This played an odd, but significant, role in WW2 – when the concept of a ‘Sticky Bomb‘ to attack tanks was first discussed.  The idea was that if a soldier could get close to a tank he might be able to stick some concentrated high explosive to it – which would be activated a few seconds later after the tank had moved away. The explosives part took some research – and so did finding the right glue for the sticky part.

The story goes that birdlime was suggested, a tin was procured, but branded just with ‘K’ and Stockport. Inventor Stuart Macrae, working in ‘MD1’, one of the British secret gadget-making units, had to travel to Stockport to track down the firm and, having done so, recruited them to work on his sticky bomb project, developing a new glue specially for the sticky bombs. Macrae tells the story himself in his book Winston Churchill’s Toyshop (1971). The account in Wikipedia suggests that the bombs had a somewhat sticky (no pun intended) start, slow to catch on (ditto), but were successfully used in many wartime arenas.

And the concept certainly caught on in popular thinking – I was recently re-reading a book from my childhood, The Otterbury Incident by Cecil Day Lewis, and was reminded that the rival schoolboy gangs in the opening chapters use (pretend) Sticky Bombs in their war games.  Published in 1948, very soon after the war, this may reflect the ubiquity of the concept at the time.

It would seem that mistletoe glue might, ultimately, be behind the success of the anti-tank sticky bomb – which is somewhat sobering.

If you want to handle (and grow more) some of those sticky berries yourself, why not buy a Mistletoe Grow-Kit from the English Mistletoe Shop?  Details here: https://englishmistletoeshop.co.uk/live/