How many mistletoes do you know?  There are about 1500 species around the world!  But, as this blog is written in the UK, it tends to favour the northern European mistletoe, Viscum album. That’s not just for geographic reasons: Viscum album is the mistletoe of legend.  The druidic traditions, Norse, Greek, Roman etc myths about mistletoe, are all derived from this one species. And, of course, this is the species the kissing custom is based on. 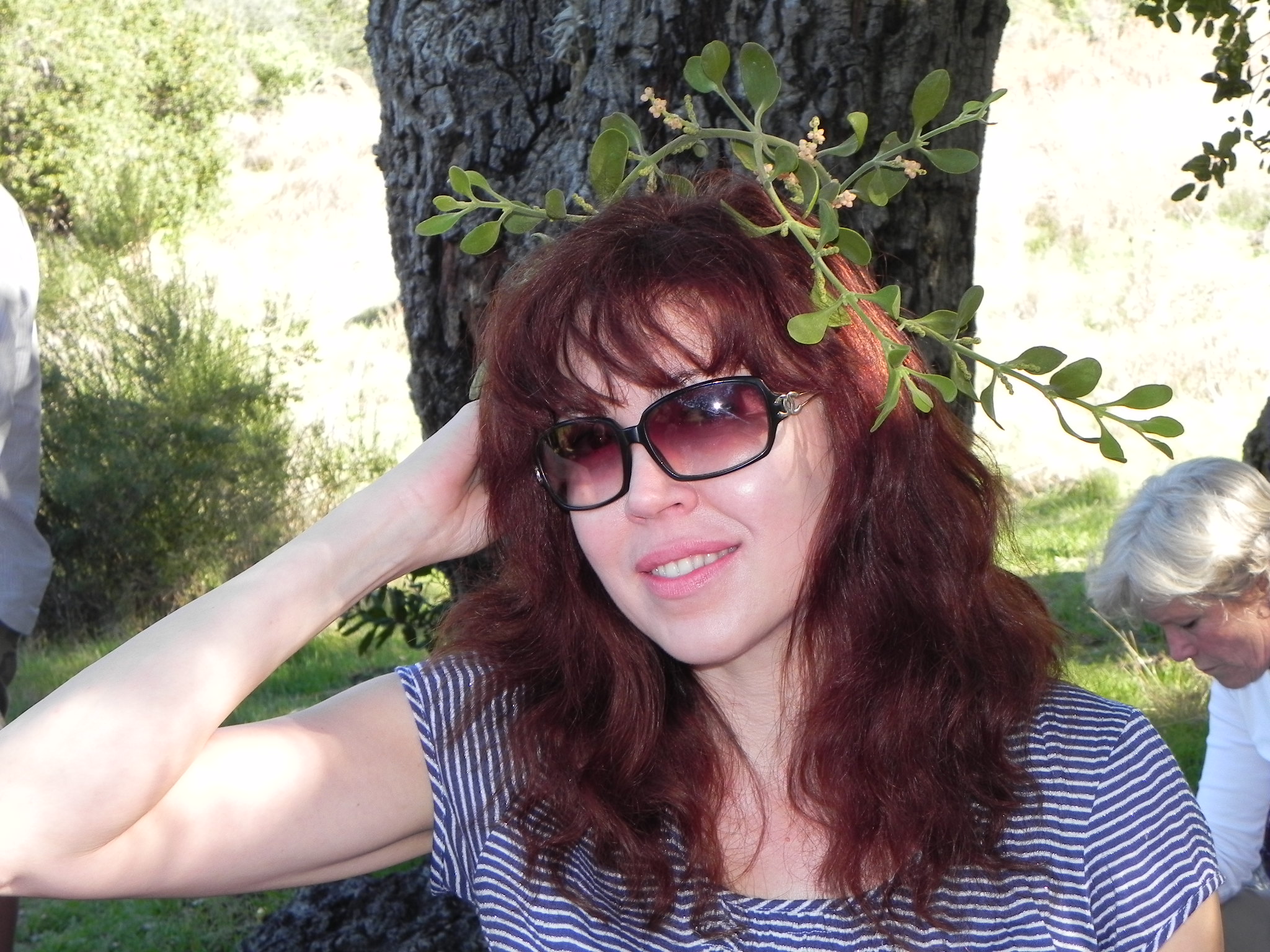 But what do you do if you don’t have Viscum album?  Well, you find an alternative species, preferably an evergreen, white-berried one (which immediately discounts most mistletoes!) as those are the key features of our V. album.

Over in the US they usually use species of Phoradendron – as these do fit the requirements, though physically they look quite different (see left).  Here’s a recent account, by Robert Bernstein (borrowed from original page here) of a mistletoe collecting trip in Santa Barbara County, California:

‘Tis the season… for kissing under the mistletoe! And how best to prepare for this? By hiking with the Sierra Club and collecting some mistletoe yourself!

Today Vicki and Dave Menzies led the annual Sierra Club hike out to Nineteen Oaks off of Paradise Road where there is always mistletoe to be found.

About 25 people turned out on this beautiful day to enjoy the hike, the mistletoe… and kissing under the mistletoe!

Here are my photos. [one inserted above]

By the way… Even though the mistletoe is a parasite that harms the oak trees, the Sierra Club did get a permit from the Forest Service to do this. And there was a Forest Service Ranger out there checking.

Now, why don’t we have more mistletoe outings like this? (actually we do a few, but that’s a subject for another time)

Some interesting points arise from this, most obviously the gathering from oak trees – which are a common host for Phoradendron but, of course, a very rare host for Viscum so the very concept is rather peculiar (and a bit druidic)  to European mistletoe aficionados.  Also the getting permission first – which is good practice anywhere, but often, er, omitted (there’s a lot of mistletoe rustling going on…).

The Phoradendrons seem to like the south, and most US mistletoe is gathered from the southern states.  But if the Sierra Club mistletoe outing had been further north in California they could have gathered real Christmas mistletoe; there’s a thriving introduced colony of Viscum album up in Sonoma County.

But that would have been quite a long hike from Santa Barbara.