The best mistletoe is the highest – or at least that’s what it usually looks like.

Have been out and about in some of the derelict/abandoned/neglected orchards of the Severn Vale around Gloucester this week.  Loads of mistletoe on these old apple trees – too much on many of them.  And the reachable clumps?  They always seem a little yellowy (or ‘golden’ as we mistletoe aficionados like to say), and rather less marketable than the higher stuff. 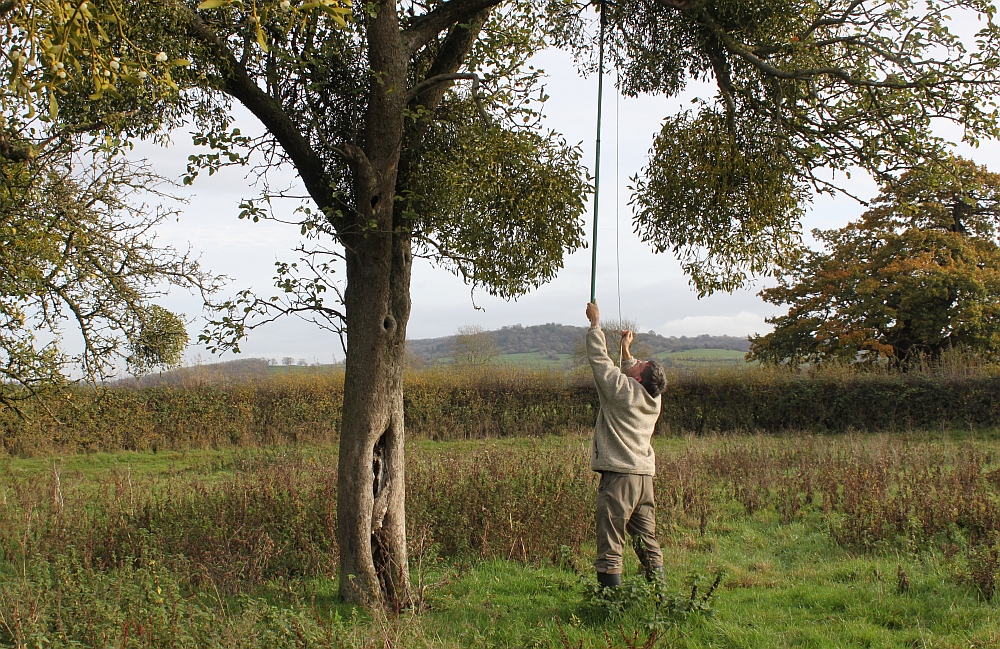 Now, if I’m rambling around orchards, I don’t often have a ladder on me.  So reaching those higher, greener clumps can be a challenge.  Hence the extending pruner – but even this, as the picture shows, can find itself a little inadequate sometimes.

And when that tantalising lofty mistletoe comes down?  It’s often just as yellow (sorry, golden) as the lower stuff after all.  But it’s a good stretching exercise. 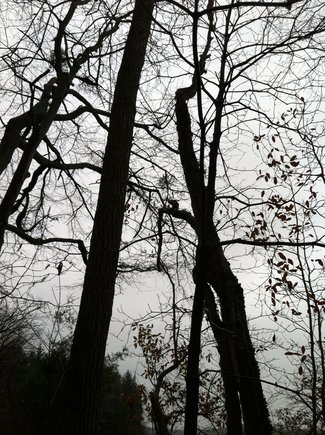 I should consider myself lucky – at least our mistletoe is worth gathering.  Over in North America the mistletoe species tend to be rather smaller, and even higher up the tree.

Here’s a link to Ginny Smith’s recent blog about hunting mistletoe in New Jersey.  Her picture is reproduced on the left here – can you spot the mistletoe?