Recently I’ve been spending rather too much time examining mistletoe berries – they’re more interesting than you might think (no really, they are…). 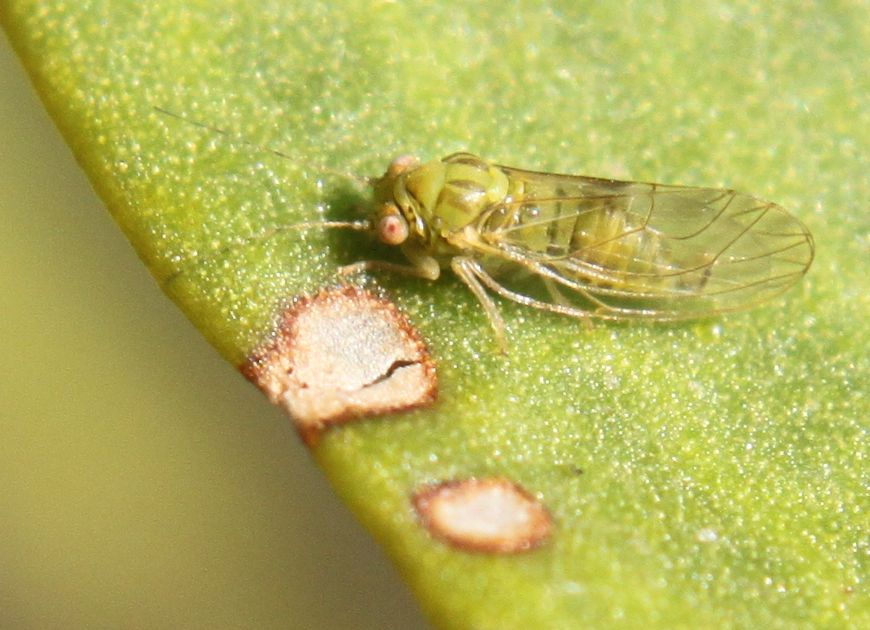 And noticing a lot of insect activity, especially where there are groups of 3 or more berries – which fit together to create lots of complex little niches to shelter in.  In late February many of these berry groups were infested with small instars of some bug or other – difficult to say what, but they got bigger as the weeks went by.

Now, I’m no bug expert, but they were beginning to look like psyllids to me – and so were possibly Psylla visci (more properly Cacopsylla visci these days), the mistletoe plant louse.

But Psylla visci is, according to the texts, not supposed to be around as an adult until the summer.  And these beasties were getting v close to final instar/adult size.

So, I wasn’t surprised to find some adults yesterday (20th March), on mistletoe on a large Poplar on the banks of the Severn at Longney, Gloucestershire. 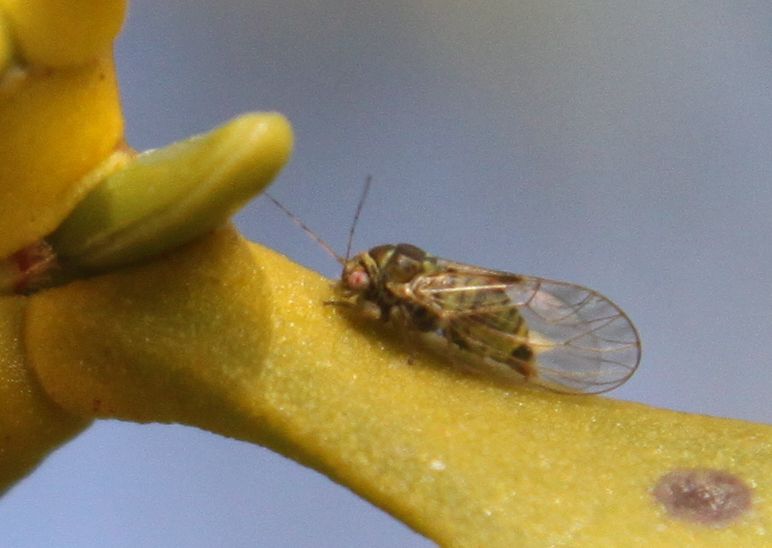 Are they Psylla visci?  Not sure yet, but they look the part – the light green one (top picture)  is typical colouration of the younger adult and the darker one (lower picture)  looks like a slightly more mature one.  Just 3 or 4 months early…

NB If they are Psylla visci the implication isn’t, probably, climate change, but more likely to be that the species has two + generations a year, one now, and one in summer, and it’s usually only spotted in summer…

One thought on “Is it Psylly season already?”