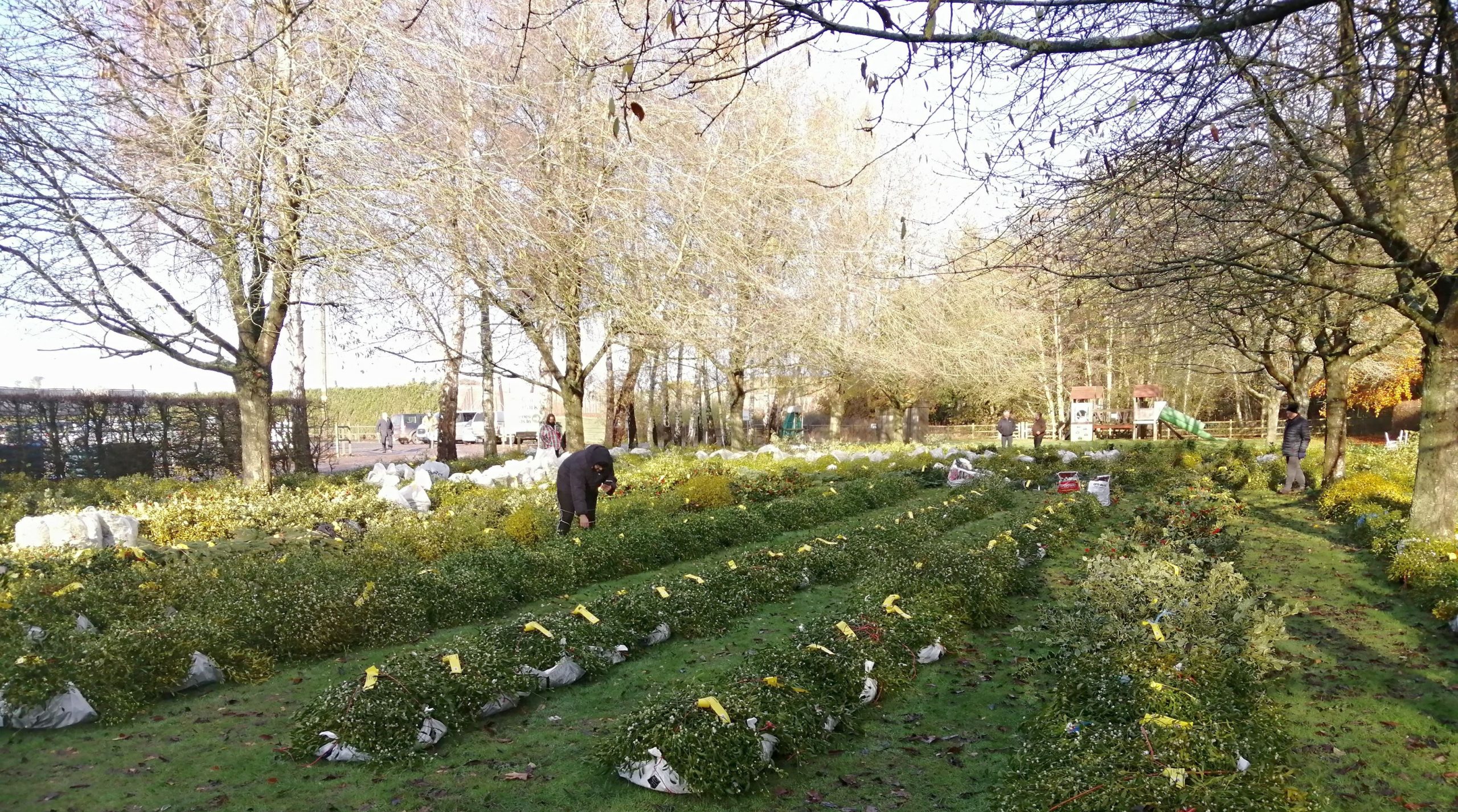 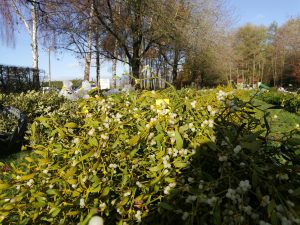 At Tenbury Wells yesterday, for the first of the two mistletoe auctions this year. Masses of mistletoe there, though less holly than usual. I was also left with the impression there were fewer buyers and sellers than normal, but that’s difficult to really judge.

Most of the mistletoe was looking very fine, lots of berries and not much with yellowy leaves.  But there were several lots, more than usual, with under-ripe berries – i.e. not fully formed and some still green. That suggests either late ripening this season or too much being cut in shaded locations- the berries always ripen faster in mistletoe on the south side of the host tree. Berries on plants on the north side, or deep inside the canopy, often mature later.

It’s unusual to see this at the auctions though, so perhaps there is some late ripening this season. In our Gloucestershire garden we have the full range at present: berries varying from oval green, through globular greeny-white to fully translucent white, depending on their position.

A lot of media interest again this year – national TV, with a well-known Strictly star, were there for a feature to be broadcast, on BBC, sometime before Christmas – more about that another time… 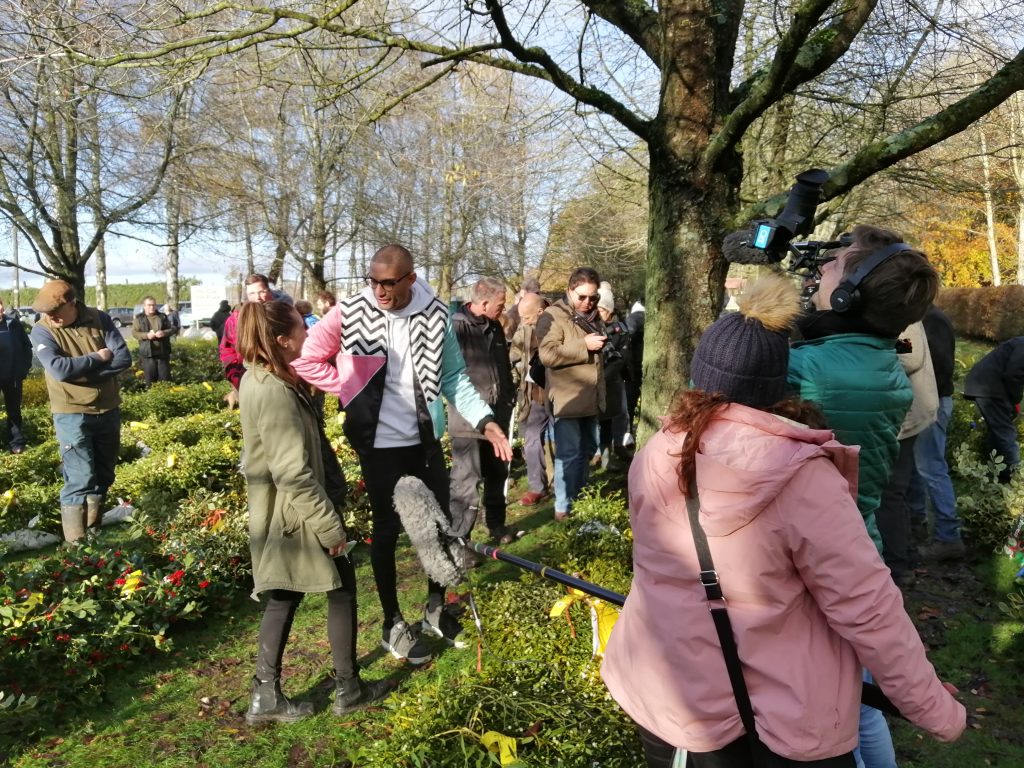 Want your own sustainable mistletoe? Grow your own with a Mistletoe Grow-Kit from the English Mistletoe Shop.