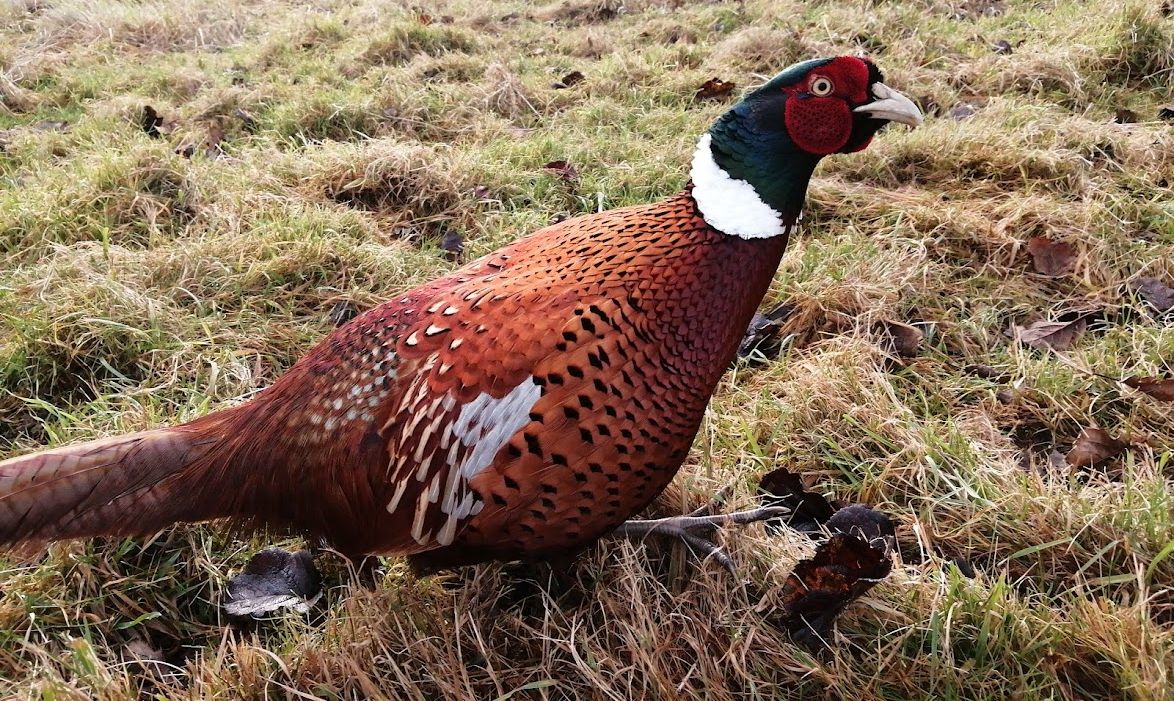 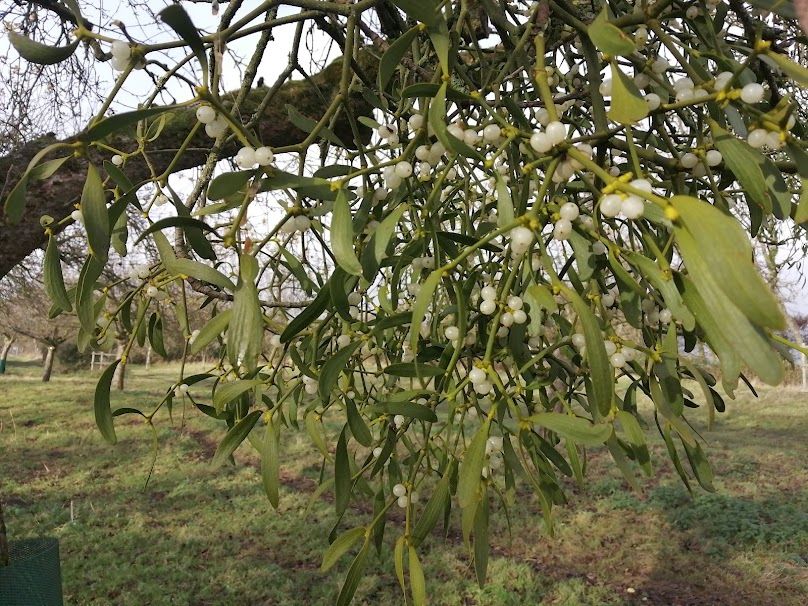 A quick wander round the orchards at Longney, south of Gloucester, today. These are the orchards managed by the Gloucestershire Orchard Trust – two old surviving orchards, called Long Tyning and Bollow and two newly planted orchards called, less excitingly, Middle and Lower. All adjoining the upper reaches of the tidal Severn.

Today was primarily to see how the mistletoe there is faring – and what management might be needed this winter. 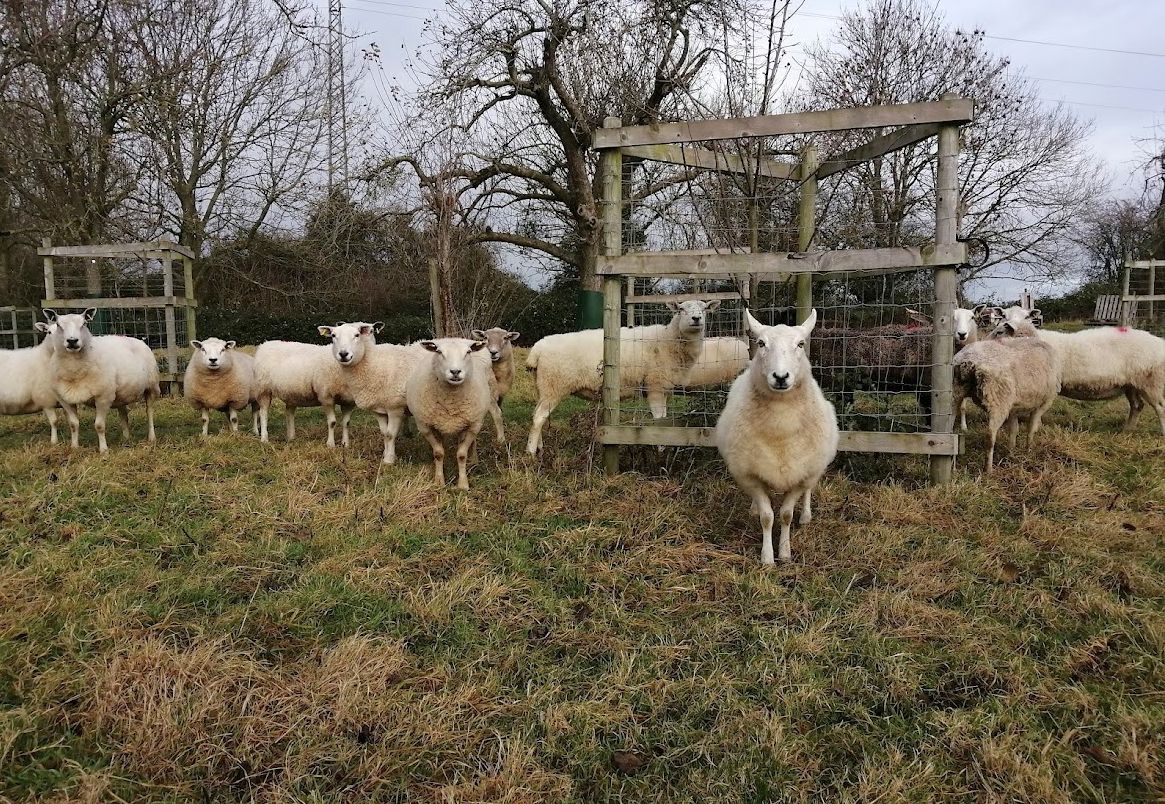 Beautiful weather, unseasonably mild and with a bit of sun now and then, so no need to dress up warm. There were lots of small growths of mistletoe here and there, much of it showing a good crop of berries, not too much of it and not too little. Just the balance we need – though there will be some pruning in the next couple of months.

In Bollow, the part nearest the river, I was ambushed, as usual, by the sheep who surrounded me as soon as I appeared. Perhaps to say hello but more likely hoping I had brought food. I hadn’t so they were, as usual, disappointed. 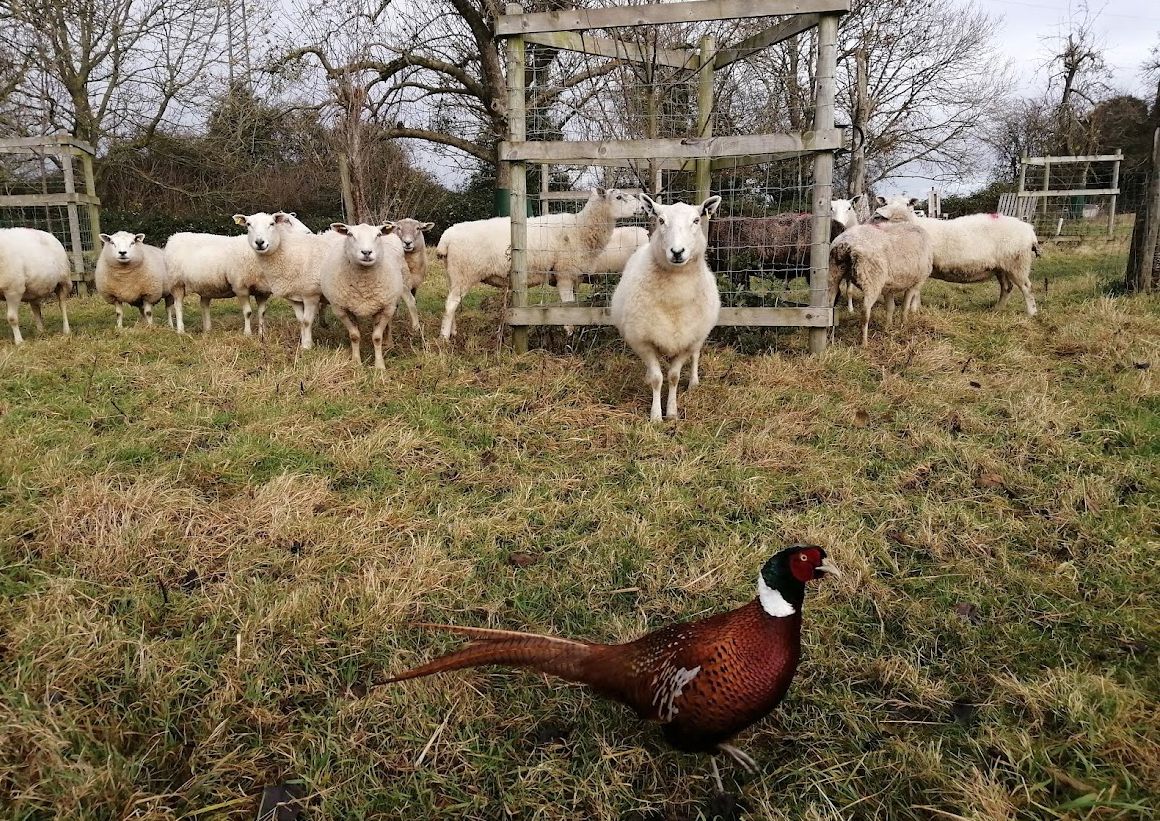 The next event was more unusual – the sheep were joined by a cock pheasant, behaving as if he was the leader of the gang, vociferously clucking at me all the time. Odd, but just one of those things – or so I thought at first… 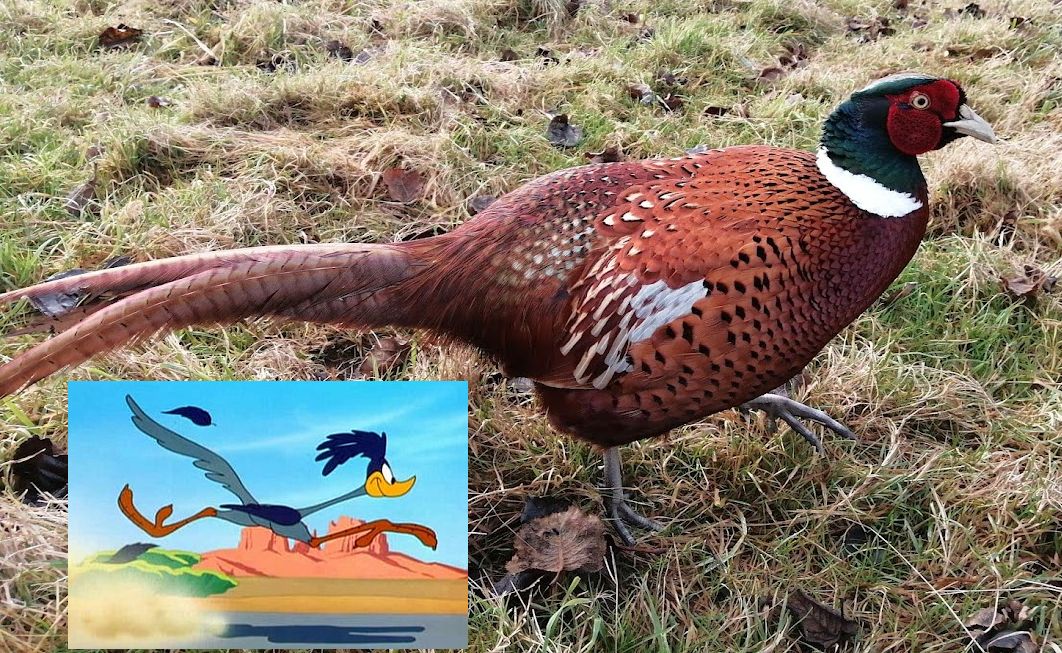 That pheasant then never left my side for the next 20 minutes, trotting at my heel like a dog, but occasionally lunging at me. Was he hungry or was he being aggressive? He was certainly persistent. If I ran he ran, big wide steps reminiscent of Road Runner but without the Beep Beep. Did he think I was Wile E. Coyote? I tried faux swerves through the trees to shake him off but he always caught up, sometimes even got ahead. Very odd. I do hope no one was watching. 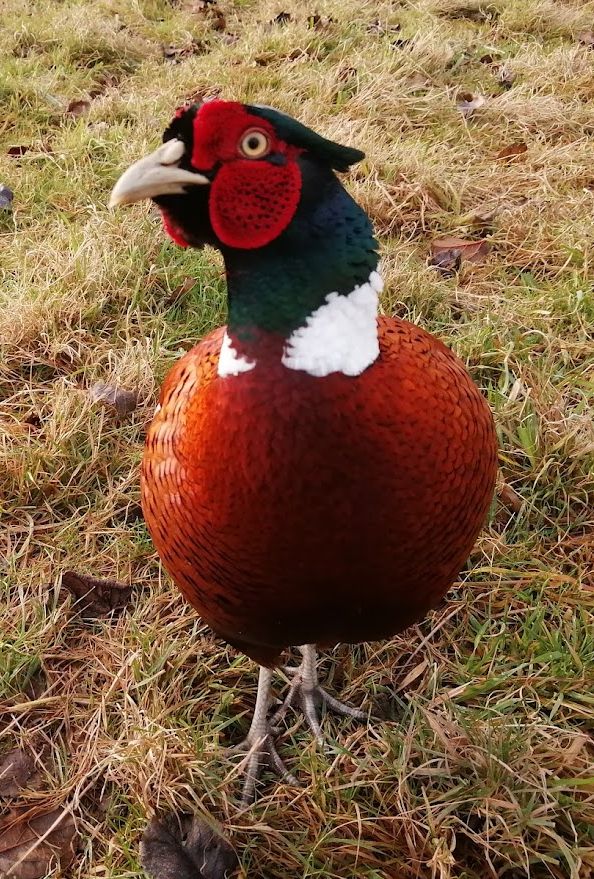 He was so persistent and, at times, so threatening (that beak looked sharp!) that I abandoned my plan to investigate the partially fallen mistletoe-laden riverside poplar, for which I would need to crouch down. I wasn’t letting that beak anywhere near my head!

I finally shook him off by returning to the barn in the middle of the orchards and fooling him into a corner where he couldn’t follow easily because of a netting fence.

I never did find out what he wanted – but maybe it was just a peck on the cheek under the mistletoe?

Grow your own peck on the cheek with a Mistletoe Grow-Kit from the English Mistletoe Shop.