Well here we are at last. The first National Mistletoe Day. Small-scale this year, but it will grow – lots of interest in Tenbury Wells and further afield, and formally proposed in Parliament.

The “national” ambition was met early on by BBC Breakfast News – who chose Tenbury as the location for the live national weather forecast this morning. This goes out in all weather – so weather presenter Carol Kirkwood didn’t seem too fazed by the driving rain. Though she did have to ask the studio’s permission to use an umbrella (in case it shades her too much apparently – hardly matters at 6.00 in the morning as it’s dark anyway…). All broadcast via an OB van direct to satellite. The camera-man got soaked of course – no cover for him. 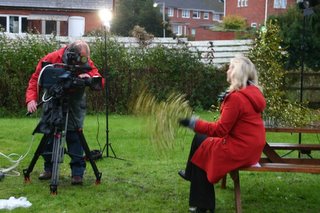 There are several goes at this of course – as the weather bulletin is given every half-hour – so we ensure Carol is briefed on National Mistletoe Day, and equipped with mistletoe – and she brandishes a bigger bunch on each appearance. 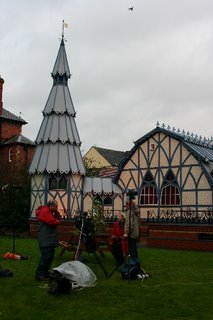 Temporary BBC base is the Pump Rooms – where the Mistletoe Art Exhibition has been set out. No coverage of the inside, but a few (hardy) items are taken outside to sit alongside Carol in the later, daylight, bulletins. 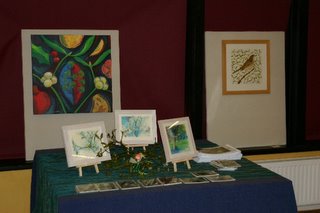 Later on we have the crowning of the Mistletoe Queen – which I have to miss as I do need to go home sometime. 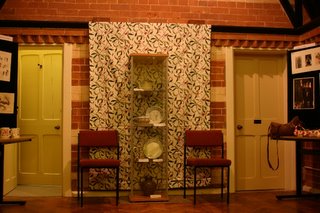 But am back later for the Mayor’s reception, and then Stan Yapp and I prepare our evening presentation on Mistletoe in Art. But it is still peeing it down – and we only get a few hardy takers – a bit disappointing – but that’s life. Let’s hope the mistletoe workshops at the weekend are better atttended – I’m showing Swiss videos of mistletoe harvesting – and the druids are coming too….

Mistletoe Adventures, beginning with Christmas 2005 but extending well into 2006…