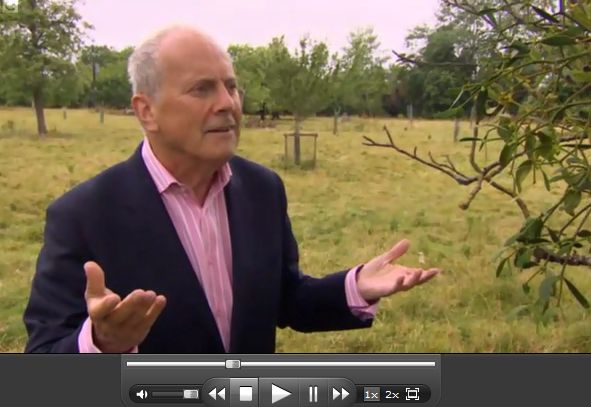 Mistletoe (plus Giles Brandreth and I) featured on TV, again, last night, but in a slightly different context to usual.  The short feature, actually filmed last August, was part of a series on The One Show about Days of the Week – in this case Friday, obviously.

What’s the link?  Well it’s all to to with the Norse Goddess Frigg, for whom Friday is named.  And her son, Balder the Beautiful, who was villainously slain with an arrow of mistletoe, according to legend.  Frigg, who was (is, depending on your beliefs) the Goddess of Love cried over her dead son, her tears becoming the mistletoe’s distinctive pearlescent berries.   And she decreed that everyone meeting under the mistletoe must embrace, in memory of her dead son, and see mistletoe as a plant of peace and love. 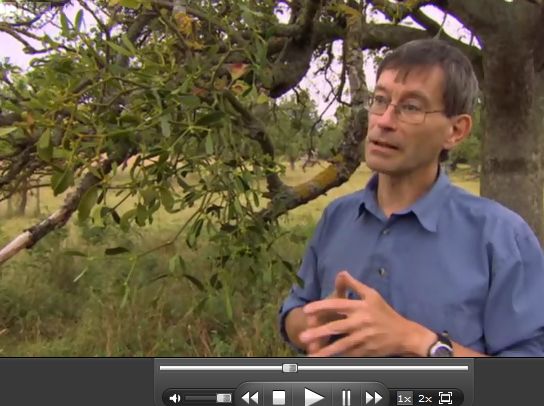 All very well.  But why was it broadcast yesterday (24th February) when it had been filmed in August?  I’d been told at filming it would be a Friday in September – which it wasn’t, and then October, ditto, and then, mysteriously it was put forward to 2nd March 2012.  Why the delay?  I dunno, I wasn’t told.

So I was a bit surprised to find it had gone out yesterday – exactly a week earlier than I’d been told.  Why?  Well, it seems Mr Brandreth had worked out that the first Friday after Ash Wednesday is traditionally called Kissing Friday  so yesterday was doubly appropriate for the Balder/Mistletoe story – Frigg’s day and a kissing day too.

So, it seems there was some logic to the delay after all (I had been denouncing it as random late last night), but it still raises the question of why I was told Friday 2nd March, not Friday 24th February.  Perhaps someone at the One Show had picked the wrong week for Ash Wednesday when they mentioned the 2nd – and just not updated me when they corrected their error.

Missed it?  So did I, but it’s on BBC iplayer for the next few days here – mistletoe feature begins, with Frigg and then moving onto Balder, between about 32.20 mins in, ending at about 37.00 mins. 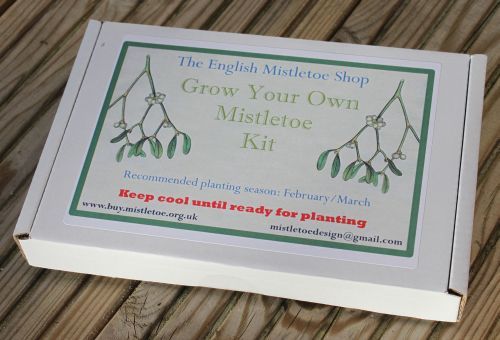 Wanna grow your own mistletoe?  The Kissing Plant of Legend (as seen on TV…)

So why not get a Grow-Your-Own Mistletoe Kit from the English Mistletoe Shop?