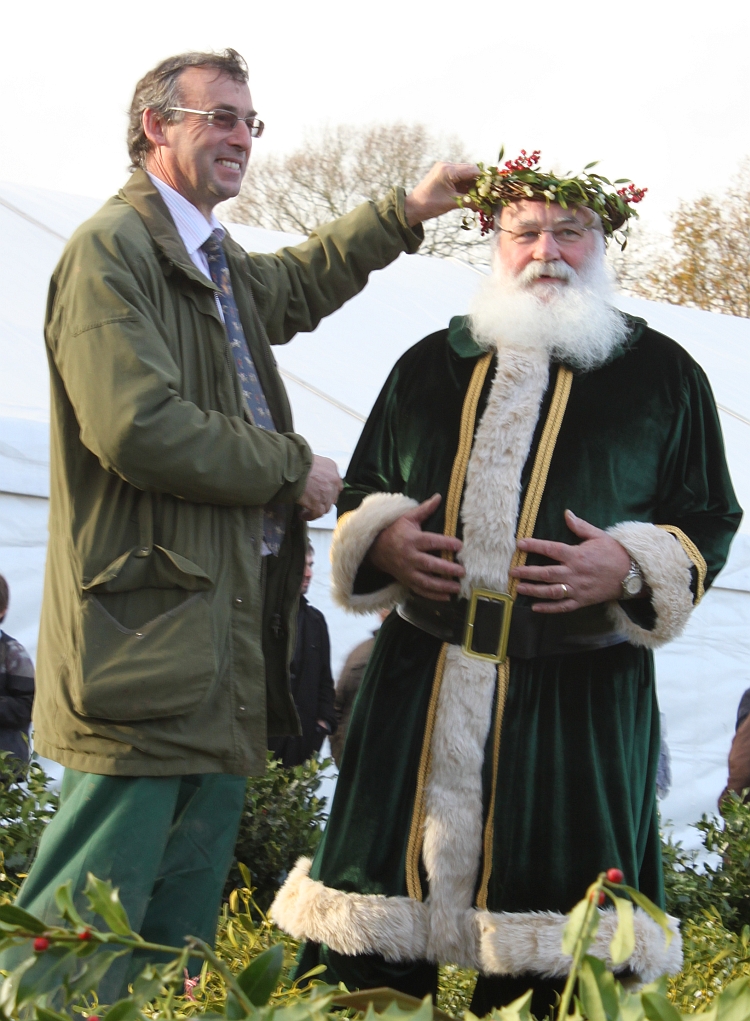 First Tenbury mistletoe auction of the season – attended, as anticipated, by Worcestershire’s Green Santa (click here for some of his activities last year).   Lots of opportunities for photos, especially his ‘crowning’ with a mistletoe garland by auctioneer Nick Champion.

But what was that grumbling I heard about ‘green colour’ amongst some buyers? Surely they hadn’t taken against Santa?  No, Santa was fine, and could go on his way (to another engagement near Bromsgrove) happy.

The mumbling about colour was all down to the mistletoe – because there was some of the yellowy-leaved stuff amongst the lots.  The hype so far this year has been about another high-quality ‘bumper mistletoe’ crop, with loads of berries – and yes, indeed there were lots of berries.  But the impression of a quality crop was a little reduced by that yellow mistletoe – which is unusual to see at these auctions.

There’s not necessarily (though see below) anything wrong with it, it’s a natural colour for some mistletoe, but it isn’t as attractive as the greener stuff.  This may not matter for those selling it on for corporate events etc, but must affect sales and reduce price for retail sales.  I spoke with representatives from three online mistletoe retailers on site about this – and all agreed that they would have put the yellow stuff in the composting pile – and would not try to sell it, let alone buy it!  So it was a little odd to see it offered (though it did sell, so someone’s not so fussy!). 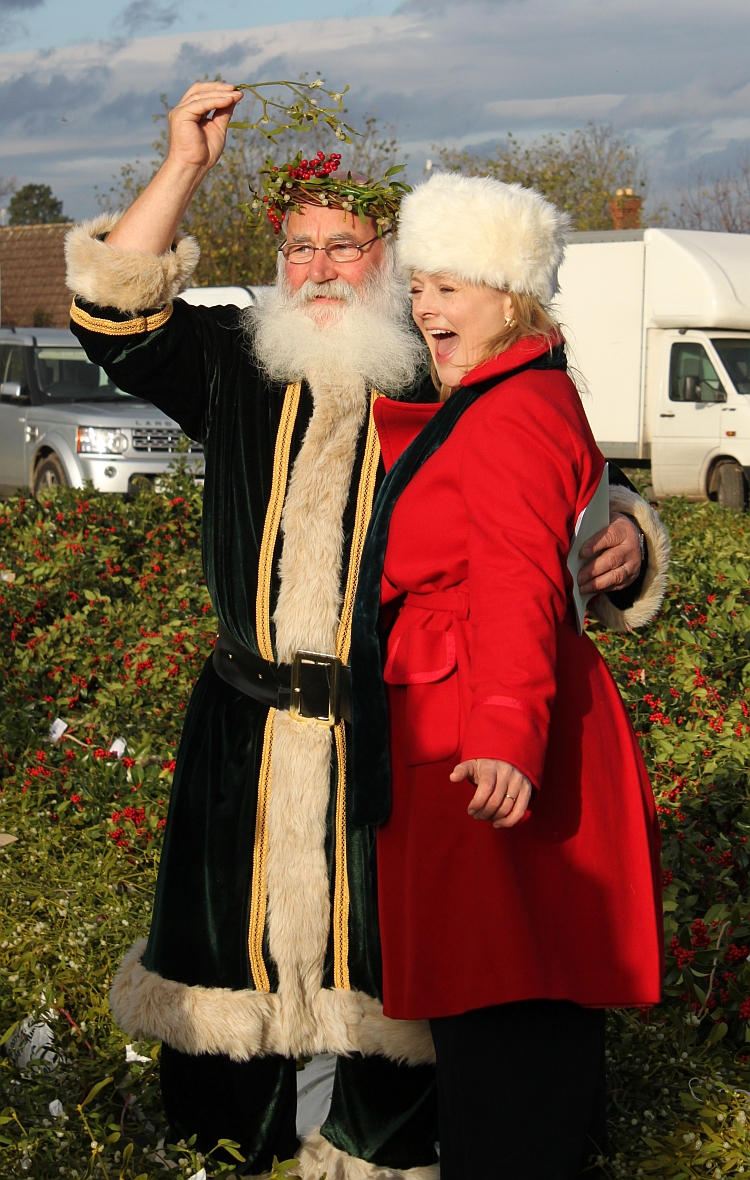 I hope it’s not a sign of increasing amounts of stressed mistletoe being brought for sale.  Stressed mistletoe, often yellower then the norm, is associated with host trees that have become too overgrown with mistletoe, and is often seen in older overgrown neglected orchards.  A point which reminds me to mention that the new Mistletoe League Project, looking to document attitudes to mistletoe management in orchards, is now online at www.british.mistletoe.org.uk.

The holly, by the way, was looking absolutely fine.  Loads of berries, despite the Daily Mail’s annual scare-mongering story about a holly berry shortage last Sunday.

If there’s a dodgy-looking ad flashing below it’s due to WordPress, not me.  You can get rid of it by clicking here to see the full blog, not just a single entry