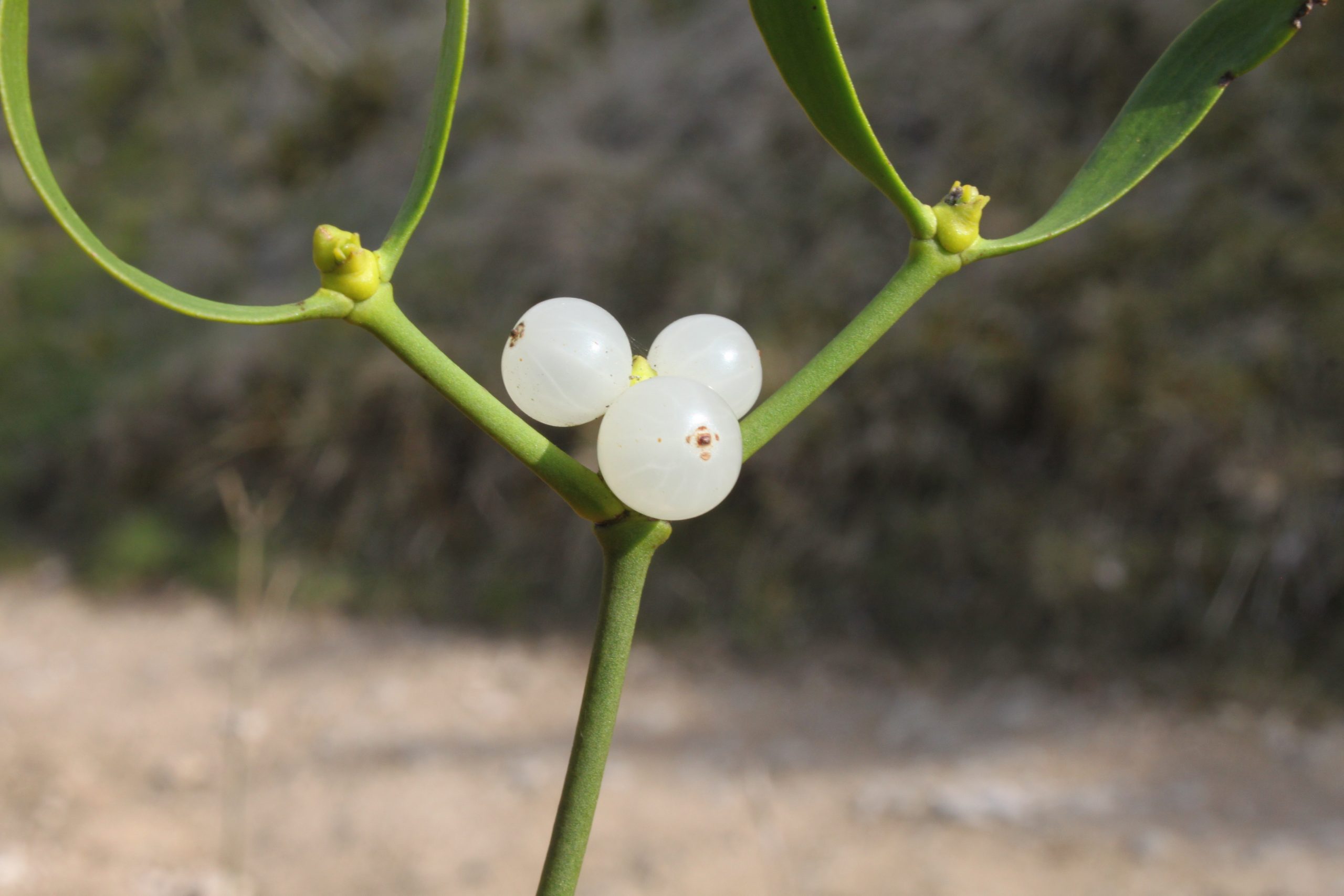 Mid November: Mistletoe berries are whitening up nicely now – and with every host tree’s leaves now nearly all fallen any mistletoe is becoming very obvious , if you’re lucky enough* to have some!

This late autumn phenomenon, of mistletoe suddenly ‘appearing’ within the host (even though it’s been there all year long, obscured by host leaves) is a key part of the magic of mistletoe. It is indeed a very wintery plant, only conspicuous during the colder months, standing out on on the otherwise leafless branches of its host  Far more dramatic than other evergreens, like holly or ivy, which are easily visible all year round.  It’s not really surprising that mistletoe has seen as special at this time of year for millennia.

And mistletoe really makes the most of this time – as it does all its reproduction processes in winter too.  Those berries, ripening up now, have been forming since last winter, when the flowers were pollinated. They’ve been slowly developing over the spring, summer and autumn and finally ripening to pearly white in November and December. The flowers themselves, tiny green structures opening in February and March, have also been developing slowly for months, from buds that began to form in the summer. You can see those buds now, they’re the knobbly bits between the terminal leaf pairs (see the top picture).  They won’t be mature until the end of January.

The berries, although whitening up now, follow the same timetable as the flowers, with the seeds inside them only becoming really truly ripe from late January onwards. Birds spreading the seeds by eating the berries and excreting or wiping the seeds only do this successfully in the late winter/early spring as that’s when the seeds germinate best. If you want to grow mistletoe you need to copy the birds and wait until February!

So that’s all those important bits done and dusted in winter – flowering, pollination (by early flies and bees in late winter), and then, a year later, the berries arising from those flowers ripening and producing seeds that germinate best in winter.

More on this, and other mistletoe biology, soon…

(*including more on growing it but also, for those who have too much of it, on managing it.)

You can grow your own here in the UK with a Mistletoe Grow-Kit from the English Mistletoe Shop.